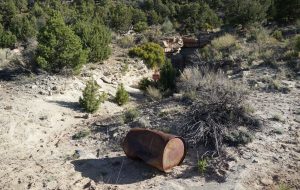 Lurking in one of three Utah homes are dangerous radon levels, a naturally occurring gas blamed for scores of cancer deaths in Utah each year, according to a radon report submitted to the Legislature on Wednesday.

Passed in 2021, HB45 tasked the Department of Natural Resources with producing the report along with recommendations for addressing the public health risks associated with radon.

Among the recommendations outlined in the report are requirements for testing for the presence of radon in public buildings, particularly schools and prisons, for mitigation equipment to be installed in new home construction, and disclosure requirements with residential real estate transactions.

According to the Utah Department of Health, radon has shortened the lives of 6,000 Utahns over the past 30 years. Nationally, radon is the leading environmental cause of cancer deaths and the leading cause of lung cancer among non-smokers, said Eleanor Divver, who heads the Department of Environmental Quality’s radon program.

“Exposure during periods of time is what creates or causes lung cancer,” Divver told lawmakers. “The best research and evidence-based studies that we have is that the radiation and the radon is causing the lung cancer.”

Radon occurs naturally in the presence of radioactive elements, such as uranium and radium. As these elements decay, uranium (No. 92 on the periodic table) degrades to radium (No. 88), which in turn degrades into radon (No. 86). As these atoms disintegrate, they emit radiation—measured in the form of picocuries (pCi) per liter of air.

The U.S. Environmental Protection Agency recommends taking mitigation steps if the air inside a building registers 4 picocuries, which means 12,672 radioactive disintegrations in one liter of air during a 24-hour period. Many other countries set the health threshold at 2.7 picocuries, according to Keach.

Utah homes, on average, test above the 4—picocurie threshold. The average is 5.3 and one home in Beaver County registered a whopping 664 picocuries, according to Keach.

“If you’ve got 20 picocuries per liter in your home, it’s about 35 times the risk of drowning,” he said. “If you have 4 [picocuries] in a home, that’s about the risk of dying in a car crash.”

He recommended the Legislature consider mandating disclosure of homes’ known radon levels to potential buyers, and he urged buyers to test homes before finalizing a sale.

“Only four school districts [Canyons, Tooele, Davis and Beaver] in the state right now are doing full-blown, regular testing that would be considered adequate. The rest could do better,” he said. “Your kids spend a lot of time in schools, so you may want to test, say, every 5 years in schools and daycares.”

“It’s a lot cheaper to do it on the front end than it is on the back end,” he said.

Additional recommendations included interest-free loans to help low-income homeowners install equipment in homes that vents radon-laden air in basements to the outside.

“The EPA strongly suggests if it’s over 4 picocuries, you should install a system,” he said. “Between 2 and 4, you ought to consider it.”

The report also recommended that all results of radon tests conducted on Utah structures be reported to DEQ and put on an online database.

“It’s not being tracked that way right now on the private side,” Keach said. “But this would make it easy for the public. They can zoom into their block and we can give them an interactive map and you find out in your area, what was going on.”