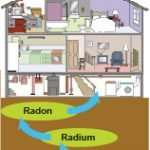 What is Radon Gas?

Radon gas is a radioactive, invisible, colorless, and odorless gas that can cause lung cancer. It forms from the natural breakdown of uranium in rocks, soil, and groundwater.

How is Radon Gas Measured?

It is measured in picocuries per liter of air (pCi/L). A pCi/L is a measure of the rate of radioactive decay. The higher the pCi/L, the higher the risk for lung cancer. 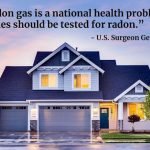 The only way to determine the Radon level of a home or building is to test for it. This typically includes a simple 48-hour test followed by a laboratory processing the test and providing the results. The results will be given in pCi/L. While no amount of radon gas is considered safe, The World Health Organization recommends homes with 2.7 pCi/L or more be mitigated. 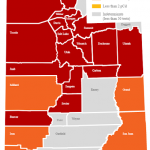 Where is Radon Gas Found?

Why is Radon Gas Dangerous?

The World Health Organization, the US Department of Health and Human Services, the National Academy of Sciences, and the Environmental Protection Agency have classified radon as a known human carcinogen. This classification is the result of biological and epidemiological evidence showing the relationship between radon exposure and lung cancer in humans.

How is Radon Gas Removed? 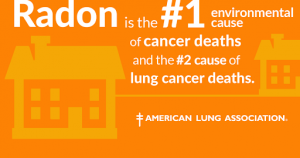 The most common and effective way to remove/reduce radon is through a process called Active Soil Depressurization (ASD). This process collects radon under the home’s foundation and draws it through a series of pipes connected to a radon fan that expels the gas to the outside air.

Installing a radon mitigation system should be done by a certified American Association of Radon Scientists and Technologist (AARST) technician. The mitigation system typically takes 3-4 hours to install and most systems can lower the home’s radon levels to 2.0 pCi/L or below.

Utah homes at risk of having dangerous levels of radon gas

Concerning Levels of Radon Found in Many Utah Homes

Credit: Levels of Radon Found in Many Utah Homes, Article published May 23, 2022 with…

Follow Us
Popular Posts
Blog Titles
Search
Total is a responsive, drag & drop, flexible multipurpose WordPress theme that is perfect for any website. What's not to love? Get it today!
Buy Now
Copyright 2022 - All Rights Reserved. Utah Radon Services
Back To Top