What is Radon? – Many Utahns don’t know what radon gas is or where it comes from. It is a natural radioactive gas that causes lung cancer. In fact, it’s the #1 cause of lung cancer among nonsmokers and the #2 cause among smokers. Have you ever heard of someone who never smoked a day in their life and found out they have lung cancer? It’s very likely that they were exposed to high levels of radon gas and didn’t even know it.

Every year lung cancer from radon gas kills about 21,000 people in the United States. Let’s take a minute to imagine what that number looks like. Have you ever visited the Vivint Arena in Salt Lake City for a concert or sports game? The Vivint Arena holds around 18,300 people. The people who die each year from lung cancer due to radon gas exposure couldn’t even fit inside the arena.

It’s hard to imagine 21,000 people being here one year and gone the next. The good news is that radon-induced lung cancer can be prevented with very little effort. Testing for it is easy and you can test for it in your home to find out if further action needs to be taken. Without testing for radon, you’ll never know your risk levels. 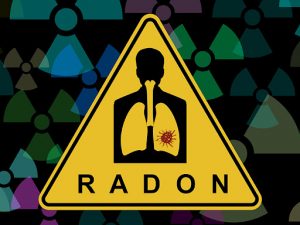 The short answer is radon is a natural, radioactive, odorless, tasteless, and invisible gas that, when inhaled into the lungs over time, can eventually lead to lung cancer. It is indiscernible unless it is tested for.

People aren’t usually in danger of radon gas exposure while outdoors. The gas disperses quickly outside to low levels that aren’t a threat to people’s health. It becomes hazardous when it gets trapped inside a home or a building. Exposure to this gas most commonly occurs indoors because that is where this gas can easily accumulate and where people spend the most time. Most exposure happens at home, in the workplace or at school.

Where does it come from?

Radon gas comes from naturally-occuring uranium deposits in the ground. Uranium can be found in all types of dirt, rock, clay, and sand which breaks the myth that it only comes from rocks.  As uranium breaks down, it turns into other radioactive isotopes like radium, radon, polonium, and lead. When it turns into radon, the gas can easily move through the ground and seeps up through the soil and into the air or our homes and buildings.

How does it get into our homes, offices and schools? When a home or building sits on top of soil or rocks that have higher uranium levels, the resulting radon gas can be pulled up into the structures through cracks, holes and openings in the foundations. Once this gas is inside a building, it can quickly become dangerously concentrated and cause health problems for the occupants. 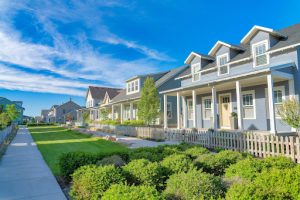 Why should radon matter to you?

Here in Utah, there have been many thousands of deaths because of radon-induced lung cancer. Utah has higher amounts of uranium in the soil and 1 in 3 Utah homes have elevated/dangerous levels which is 5x the national average. Another way to look at it is that 1 in 3 Utah homes have the same cancer risk as smoking 10 cigarettes a day due to their high levels.

Without testing, there isn’t a way to tell which homes or buildings might be at higher risk, no matter how new or old the home is. This is why the Surgeon General and the EPA suggest that everyone test their homes for radon gas every few years.

Testing for radon gas in your home is a simple process which will inform you whether or not you need to look into radon mitigation for your home. Most importantly, testing can help prevent you and your family from experiencing the dangerous effects of this poisonous  gas. Testing is free and only takes 10-15 minutes of your time over a 48-hour testing period.