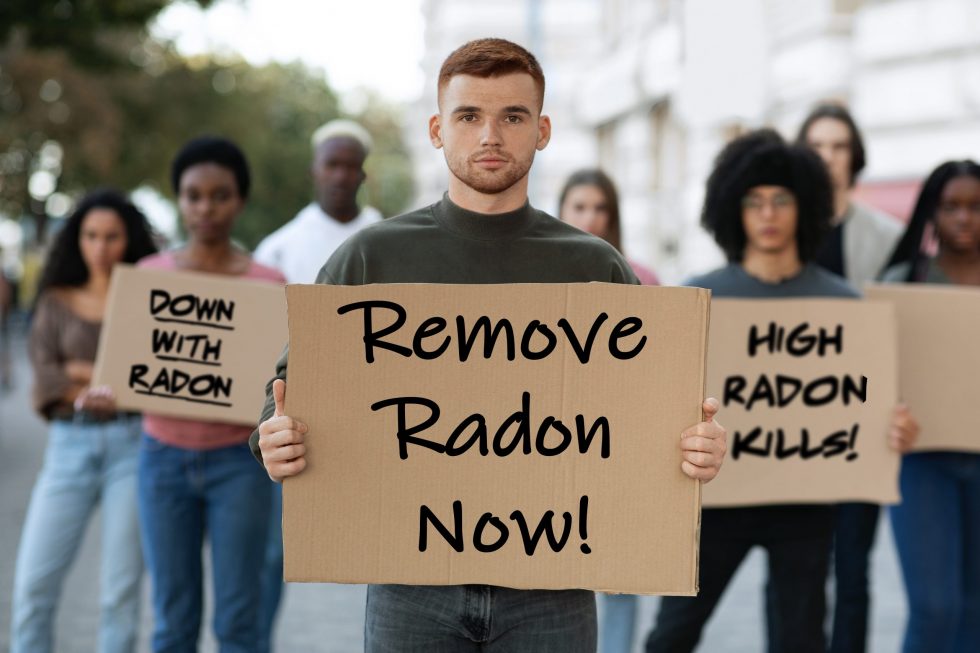 High Radon in Utah – The EPA, Surgeon General, WHO, American Cancer Society, Huntsman Cancer Institute, and dozens of other trusted organizations all agree that radon is a major public health concern and a Class A carcinogen.  But if radon is so dangerous, why don’t you see TV commercials from law firms asking people if they have been affected by radon?  We’ve all seen law firm commercials late at night asking if you have been affected by mesothelioma and you must call them because there is a huge cash settlement you could be entitled to.  But, why do you never see a commercial asking people if they have been affected by radon?

The simple answer is that there is no outrage or big advertising campaigns against radon because there is no one to sue.  There’s no money to be had.  Radon is a natural gas that comes from uranium found in the earth and Utah, unfortunately, has higher radon than much of the rest of the country.  This radioactive gas gets into homes from the dirt, clay, rocks, sand, and gravel below the foundation.  Radon affects new homes as well as older homes.  What matters is how much uranium is under the home and Utah has a lot of uranium!  You can’t sue anyone just because there is uranium under your home.

No Mothers Against High Radon?

There are very well known organizations against dangers like drunk driving; however, radon kills more people each year than drunk driving.  The EPA estimates that over 21,000 people die each year from the effects of radon and it accounts for over 70% of all the radiation that Utah residents are exposed to.  Even though you might not have heard about radon till now, there are some great national organizations promoting radon awareness such as CanSAR Women Against Radon.  https://www.facebook.com/WomenAgainstRadon/

Smoking has been dramatically reduced because of legislation against big tobacco companies.  However, radon is the second leading cause of lung cancer behind smoking and the EPA has left most legislation decisions up to individual states.  Some states have very proactive radon laws requiring testing or mitigation.  Sadly, Utah’s only radon law is that home sellers must disclose if their home has been tested and shown high radon that has not been fixed.  Utah has a long way to go to catch up to these other states’ radon laws, but we are starting to make progress and the public is starting to become more aware of the dangers of radon.

Even though it is not a law, the EPA strongly recommends that you have radon mitigation if your radon level tests at or above 4.0 pCi/L.  Having high radon at this level has the same risk for lung cancer as smoking 8 cigarettes a day.  1 in 3 Utah homes tests at this high unsafe level of radon or higher so all homes should be tested to know the radon level.  The scary truth is that Utah homes are 5 times more likely to have high and unsafe levels of radon than the rest of the U.S and the only way to know is to test.

What Should Utahans Do About Radon?

The good news is that high radon is a very fixable problem.  The first step is every home should be tested for radon.  If the tested level is at or above 4.0 pCi/L, a radon mitigation system should be installed.  Radon testing is free from Utah Radon Services and it’s a simple process to run the test.  Radon mitigation is a straightforward and affordable process that will guarantee that your home’s radon levels are significantly reduced permanently.  Again, the first step is to request a free radon test to make sure your family is safe so order your free radon test today.

Is Your Home Protected From Radon?